Spent the day down in Chungmuro / Namdaemun area of Seoul today. I list both of names because they are pretty much right next to each other, but they aren't synonymous, Namdaemun is a popular street market, while Chungmuro is known for the camera and print shops. Both have an abundance of camera shops, so Turner and I are there a lot, as you can imagine.

It's takes at least an hour to get there by car so we usually only go if we have some business to attend to such as developing film or picking up some accessories. It's a real test of our self discipline not to buy a new lens or camera because we always see something we want!

Turner just wanted to get out of the house, so when I told him I was planning to go down there this morning he didn't hesitate to come along, especially now that I have a car here in Korea.

I had two main objectives today: Firstly, I wanted to take my newly acquired Agfa Karat IV (see picture) in for repairs. I bought it on eBay recently for $80 USD. The listing did state that the seller was unsure if it was working. The body is in great shape but the aperture blades were stuck and the focus ring was impossible to move. I did a little research on the internet and found some forum postings that mentioned this issue with the Agfa Karat IV. It's a vintage, strut-folding camera made in the late 40's and 50's. It's really cool looking and I would love to get some use out of it. Our first choice for repair shops didn't open their doors today, not sure why, but I think it's the kind of place that just kind of opens whenever they feel like it, no hours posted on the door or anything. Who knows, maybe they fell into the whole MERS hysteria that's going on here in South Korea right now?
No matter, I found another repair shop that is going to get it into working condition for $80 USD. Should be ready in a week. 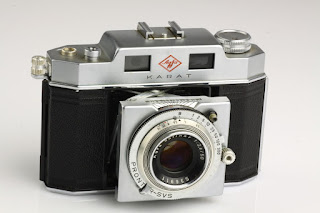 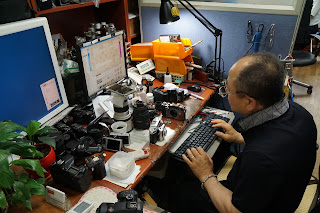 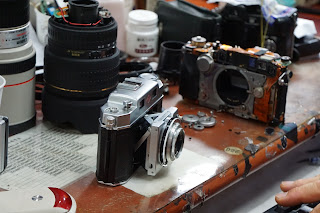 My Agfa Karat IV at the repair shop.

Aside from that errand, I picked up a few rolls of film and did some window shopping, then we set out to do some street photography. Turner has been itching to shoot with the Hasselblad, so I brought it along and let him shoot a roll, unfortunately, as we were waiting in the repair shop, I accidentally exposed the roll. How did I do that you might be asking yourself? Well, Turner was asking how to remove the finished roll, problem was, it wasn't quite finished. It's tough to tell with the Hasselblad, even with the window that turns red. You're never quite sure because you can still advance and fire the shutter, even when the roll is done. You get 12 shots from a roll of 120 film but sometimes the red/white indicator will show a little white still, indicating there's still unused exposures etc. Anyway, I exposed the film and wasted a few good shots that Turner took. Meh. He loaded another roll and shot it out. Hopefully he got some good stuff, no worries, we'll take it out again. He's my best shooting partner and he can shoot any of my cameras that he wants. 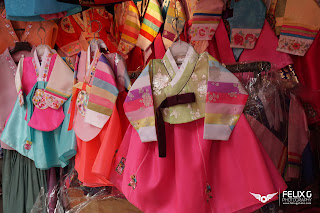 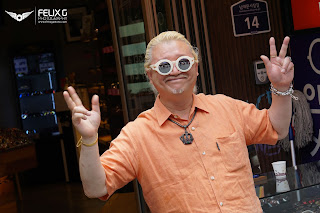 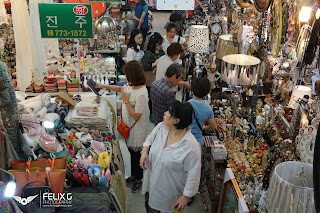 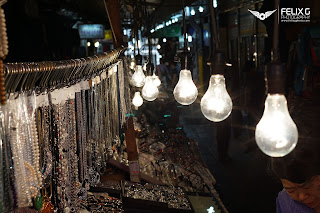 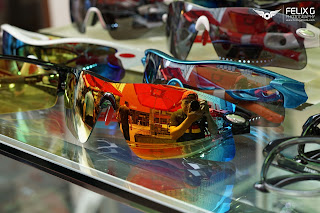 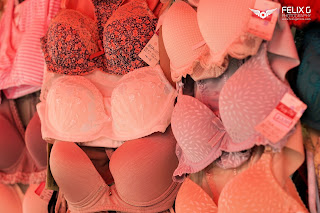 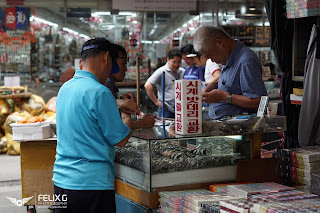 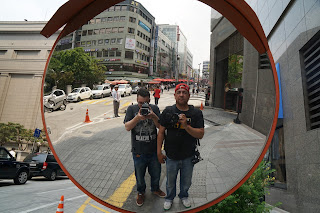 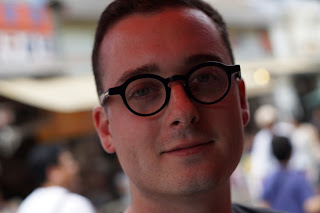 Posted by FelixGPhoto at 6:14 AM